In considering the international realm, let’s consider the concept of economic treaties. Specifically, let’s think about an organization like the European Union (EU).

Why was it formed? In addition, what are some of the objectives of the nations that are joining the EU?

**2-4 Paragraphs is substantial for this question****

Many people associate threats to national sovereignty as coming from outside a country. This week, we consider these external threats, but also those that come from within. This includes the pressures that diverse groups can put on the political order of a government. One of the promises of a liberal democracy is that it can maintain a variety of cultures and groups within it. What happens if there are groups that are not satisfied with the government? What happens when a group is so dissatisfied that it wants to separate completely from the government?

Some democratic principles say that self-determination requires that anyone who wants to be independent should be allowed to be independent. In the case of the democratic nation or state, however, governments have often decided that unity is preferred over self-determination. This was the case in the U.S. Civil War. In other cases, such as Quebecois sovereignty in Canada, and that of Eritreans in Ethiopia, compromises have been made in favor of independent groups and states. These are always difficult cases because national interest, including economic and security concerns, have to be weighed against the claim of a group’s need to be independent. When a group is successful at dividing territory and claiming its independence from a government, this is known as secession.

Secession is most successful when there is a demonstrated social, cultural, and political difference between a group of people and the rest of a population. Successful secession also requires a distinguishable territory in which this population exclusively resides. These characteristics were met in Quebec and Eritrea. When secession is initiated for purely political or economic reasons, with little cultural or territorial justification, it is usually met with more resistance.

In the case of Iraq, we see a recent example of struggles resulting from cultural differences in a newly formed democracy. After the invasion that replaced Saddam Hussein’s regime, many cultural and ethnic groups acquired a political voice that they previously did not have. The ability to participate politically is certainly an advantage of this new democracy, but what should be done if certain groups want their independence from the larger state?

In Iraq, there are three primary ethnic groups: Kurds, Sunnis, and Shiites. Each one has a distinct culture and religion, and each one claims legitimate authority over certain territories. Should these groups be allowed independence? How should democracy deal with these differences?

Part of the answer, in cases like Iraq, is to give each group at least some sovereignty. Self-government among a diverse social population usually requires a “less-is-more” approach to government. What do you think some possible solutions are for this problem? How should democracy be advanced among diverse religious and cultural groups? These are challenging questions, and we will have the opportunity to discuss them this week!

For all the services government can provide, it cannot always provide security. Some of the very things discussed in the realm of the international economy—jobs, wages, taxes, immigration, and other things governments claim have made their constituents content—can lead to discontentment and worse. Political violence may not be as common in stable, affluent, and democratic systems as it seems to be in nondemocratic ones, but it can happen. Citizens in democratic states believe it is the government’s job to create and sustain a secure environment.

When political authority is widely respected and accepted, a government can do a fairly solid job of providing the physical safety each citizen needs. Crime is discouraged, and political dissent is tolerated, but regulated nonetheless. But when the system can no longer provide the security and prosperity citizens have come to expect, or when it actually promotes one segment of the population over another and brutally represses attempts to redress legitimate grievances, then government finds itself the source of conflict, and not the problem solver.

Beyond the issues discussed above, there are also some people who do not embrace democratization in the post-Cold War world. It’s a Western idea, and to some it brings unwanted baggage. It has its own set of political values and some cultural values as well. Those Western values of mass political engagement and free-market economics have sometimes collided head-on with societies that see this as code for materialism and a toleration of alternative lifestyles, gender equality, and individual freedom. It’s more than just a philosophical disagreement; it is the opening shot in a battle that traditional societies fear could corrupt and destroy long-held ways of life. While those in the West may have a hard time understanding a philosophy that doesn’t support material progress and individualism, there have been deadly consequences as a result of that misunderstanding. Attacks on Westerners and Western institutions, both at home and abroad, have been on the rise in recent years. Westernization, the process that includes the adoption of Western value systems and Western-style economic and political systems, is meeting major resistance. Religious fundamentalism can also be a threat to democratization. Fundamentalism refers to a movement whose characteristics include an absolutist doctrine not open to compromise or change; intolerance of dissent and opposition; mass conformity in terms of lifestyle; specific duties restricted by gender, age, or religious status; and a legal code dependent on scriptural remedies. Fundamentalists will take a dim view of efforts to advance a secular, non-gender-specific political agenda. When religious fundamentalists become the governing force anywhere, that government is a good deal less than inspired by democratic values, and will take whatever steps necessary to protect against them.

The Use of International Treaties 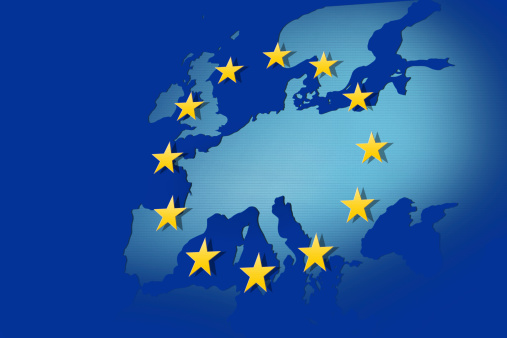 Anyone familiar with the 20th century knows that it was not a peaceful time. Skeptics need only look to the history of the 20th century to see just how turbulent it was. People focus on the two world wars, but around them and between them were all manner of interstate, intrastate, and regional conflicts. As far as Europe is concerned, it’s difficult to find a time, past or present, when the borders of Europe were stable for more than 5 years! Even today, Europe is dealing with more turbulence as it confronts the prospects of a global environment in which a more unified and cooperative Europe can make a difference (either good or not), for local and global economies. What will the future of Europe hold? The answer to this lies in the prospects for the future of the European Union.

One of the challenges to creating such an international organization is the threat it poses to national sovereignty. Sovereignty is the authority and right of an independent nation to make its own decisions, but this authority is challenged and undermined by international agreements. As a continent, Europe is no stranger to international organizations. After World War I, many European states joined the League of Nations, hoping that the concept of collective security would guarantee peace. But the league failed, and a consequence of that failure was World War II. But why did the League fail?

This is the question facing the many countries in Europe that joined the United Nations after World War II and that have been part of the growth of the European Union. The question for many of these countries is how to maintain a strong national identity as they are made part of a larger international community. This more unified Europe has its own currency, transportation systems, and governmental structure. These all allow common problems to be solved more efficiently and create an environment in which people can flourish. Do you think these are good enough reasons for several countries to give up some sovereignty? Find a list of EU countries to see the nations that have answered “yes” to this question!

Another manner of international organization is the international treaty. Treaties have existed longer than other international political institutions, and are usually intended to create security alliances between countries. Treaties are less threatening to national sovereignty because, as collective defense mechanisms, they rarely require countries to give up any extensive authority or autonomy. These agreements often require, however, that governments promise to make future decisions according to the provisions made in these treaties.

What if a promise is broken? A treaty is only as effective as its enforcement mechanisms, and over the course of history, treaties have been broken more times than they have been upheld. This is because countries’ interests change, and it is often more advantageous to break or cheat on a treaty than it is to uphold it. As long as national sovereignty is maintained, governments do not have difficulty backing out of treaties. 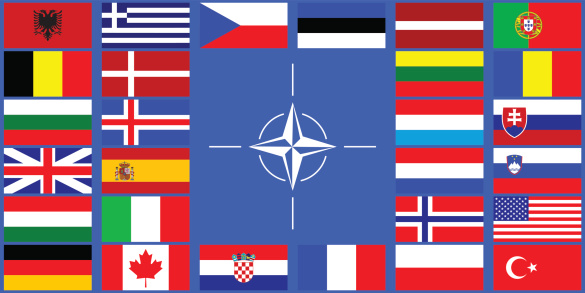 Treaties tend to be weak, but they do serve important purposes. In the case of the North Atlantic Treaty Organization (NATO), many countries came together to ensure mutual security. This military alliance promises that if any country is attacked, it will receive the assistance of the other member countries. This treaty was created because the fates of the countries in the Atlantic world (North America and Northern Europe) were perceived to be closely tied. Treaties can emerge in response to other treaties. The Warsaw Pact, for example, was a collection of European nations behind the Iron Curtain who entered into a defensive treaty (under pressure from the Soviet Union) in response to what was thought to be the provocative nature of the NATO alliance. And one has only to revisit the years prior to World War I to see how the alliance between France, Russia, and Britain triggered a similar alliance between Germany and Austria, which in turn set the stage for World War I.

In the case of other, less provocative treaties, such as the North American Free Trade Agreement (NAFTA) or the World Trade Organization (WTO), member countries decide that it would be in their interests to establish open trade relationships with other member countries. These relationships usually mean that trade between the participating countries is mutually beneficial, and that no one country is taking unfair advantage of the market. Such organizations are criticized by some, however, for negatively impacting domestic workers and forcing a country to create policy based on capitalistic interests, rather than democratic ones. We will continue the discussion about the advantages and disadvantages of these organizations this week.

As we have seen this week, things do not always run smoothly in the state, or between nations. Some causes for these issues can be a result of ethnic and fundamental differences. These variances can then lead to acts of violence, either against a nation or their citizens. To combat these issues sometimes a nation will elect to join an international organization, although these tend to weaken their power of sovereignty, or an international treaty, which does not threaten their sovereignty as much. Either way, these issues continue to be faced, even in the most seemingly of peaceful nations.

**Assigned readings are those listed on the syllabus or assignments page as required reading. This may include text readings, required articles, or required websites.

***Scholarly source – per APA Guidelines, only scholarly sources should be used in assignments. These include peer-reviewed publications, government reports, or sources written by a professional or scholar in the field. Wikipedia, Wikis, .com websites or blogs should not be used as anyone can add information to these sites. For the discussions, reputable internet sources such as websites by government agencies (.gov) and respected organizations (.org) can be counted as scholarly sources. Outside sources do not include assigned required readings.

Score: A zero is the lowest score a student can be assigned.