Case in Point: Instant Messaging in the Workplace with Slack 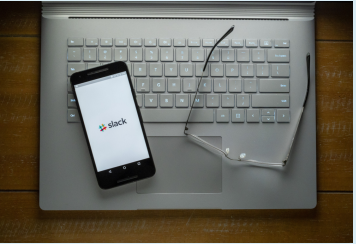 In many workplaces ranging from Fortune 500 to small enterprises, workplace communication takes place over instant messaging. The leading platform in this space is Slack, a cloud-based team collaboration tool. Messages are organized by private and public channels and users can chat, share documents, browse through past messages, and collaborate with each other. Slack is solidifying the role of instant messages in the workplace and even if you end up in a company that does not use Slack, it is likely that you will end up using one of its competitors.

Slack has an interesting founding story: Stewart Butterfield, who is also a co-founder of the image hosting service Flickr, founded the video game company Tiny Speck and released the game Glitch in 2011. As part of their game development process, the company also built a team communication platform, allowing software developers to communicate with each other while building Glitch. Glitch was shut down after a year, but the company devoted itself to the full-scale development of their communication tool, which resulted in Slack. Through word of mouth, Slack acquired 16,000 users in its beta stage, and the product was fully released in 2014. Four years later, the company boasts 50,000 companies and 6 million users. The company expects to surpass e-mail use in the workplace by 2025.

Using instant messaging organized by private and public channels is changing how people communicate in the workplace, sometimes for the better, and sometimes for the worse. On the upside, Slack often receives feedback from users who identify as shy and introverted, stating that this tool allows them to participate more in team conversations. Anna Pickard, Creative Director of Voice and Tone, at Slack, also observes that messaging makes communication more humane and natural. Communication no longer takes place between small groups of people over e-mail.

Instead, it occurs in channels that are searchable and are organized by team or topic. People can reach out to and connect with people they would not otherwise. Many companies have an “ask me anything” channel where employees may post messages and high-level managers may answer, resulting in greater transparency and accessibility to upper management, helping to create a sense of belonging.

At the same time, technology sometimes amplifies communication problems that also occur in person, and creates new ones of its own. If you have ever written a chat message and instantly regretted it, you can imagine the problems that may occur at scale in the workplace. The instantaneous nature of chat can make people less deliberate and careful about their messages. There are also examples of private feedback given in an open channel, resulting in a public shaming of an employee. Slack conversations, even if they are in private channels, can be read by the employer, and may result in adverse employment actions against the employee. There is no “forward” button on instant messages, but it is all too easy to take a screen shot of the conversation and share with others, resulting in Slack leaks, similar to e-mail leaks. Additionally, there is also user error—in e-mail it is relatively easy to find out who the recipients of the e-mail are, but on Slack, people may pay less attention to who is on that channel, and others may join the channel at a later point, suggesting that the audience for the posts will evolve and can grow over time. People may confuse which channel they are on, and post messages intended for a small group to a broad audience.

As Slack grows, it develops its own etiquette. For example, hitting “enter” after every sentence is often mentioned as a no-no, and a pet peeve of heavy users. Senders are expected to complete their message and then hit enter in one go. Other habits may result in productivity losses—spending time in private chats as opposed to working is one way in which Slack and tools like it may result in productivity losses. One company banned the use of Slack during meetings, as people were having back-channel conversations during the meeting, which was distracting and affecting engagement in the meeting. How these tools are used are shaped by the office culture, and in turn will have an impact on communication culture in the workplace.[59] 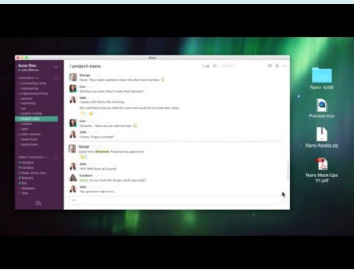 View the video online at: // www.youtube.com/embed/9RJZMSsH7-g?rel=0