Beginning in 1994 as a government subsidised free ‘zine’ in Montreal, Vice Media now pursues an ambitious strategy of diversification and globalisation.

Vice Media is a global business, with a declared ambition to be the largest online media company in the world. But at its heart is still the original print magazine, Vice, specialising in fashion, music, lifestyle and current affairs. With a good deal of nudity, satire and violence, the magazine is regarded as edgy by some, puerile by others. An early spin-off book, The Vice Guide to Sex, Drugs and Rock and Roll, gives an idea of its market position. Vice magazine is paid for by advertising and distributed free via style-conscious clothing retailers. However, since the late 1990s, the company has steadily diversified into a number of businesses, including clothing retail, web video, a record label, book publishing, live events, an advertising agency, television and film production, and even a London pub. By 2012, Vice Media was operating in 34 countries around the world. Revenues were approaching $200 m, with an estimated company value of around $1 bn (€750 m; £600 m).

The magazine had been started as a government work-creation scheme by three friends with no publishing experience, Suroosh Alvi, Gavin McInnes and Shane Smith. The magazine had originally been The Voice of Montreal, a newspaper for the local community. It soon drifted from its mission, and the three founders each borrowed $5,000 Canadian (€4,000; £3,000) to buy it out. It was said that the magazine got its title ‘ Vice’ because the Village Voice magazine of New York threatened to sue them over its name. True or not, Vice was a very good fit with the magazine’s provocative content and style.

Outside investors were soon attracted to the magazine’s strong connection with its youth audience. The first investor was the Normal Network, which in 1998 bought one quarter of the group for $1 m (US), implying a total value of $4 m. This injection of capital allowed Vice to move its base to New York and helped its diversification into clothing retail. When Normal Network went bust in 2000, another investor, Barrontech, stumped up more capital. In 2007, the media giant Viacom helped Vice into video. This partnership was said to have provoked the departure of co-founder Gavin McInness, distrustful of corporate constraints on creative freedom. In 2011, a consortium of external investors that included the world’s largest advertising agency, WPP, injected a sum rumoured at between $50 and $100 m. These new funds helped launch Vice in China and India. New ventures were also envisaged in gaming and sports.

Co-founder Suroosh Alvi explained to the Financial Times the advantages to advertising partners of Vice Media’s wide range of businesses and territories: ‘Diversification of our media and pushing quality content through it on a global level has played massively for us. It’s created a deep engagement with our audience and made a compelling story for brand partners as well, who are signing up platform-wide and doing international buy-ins. It’s a bit better than publishing a magazine in a single territory.’

Vice’s approach is informal, however. Another cofounder, Shane Smith, recalled the early days: ‘We didn’t have a business plan or any idea of what we were doing. We just loved magazines and loved making the magazine. And we didn’t have anything else to do, so we kept doing it.’ As for Vice today: ‘It’s a totally insane working environment. It’s like an incestuous family. It’s a weird culture and we love it. Keeping that culture is one of our big challenges going forward.’

2 What seems to account for Vice Media’s success and is it sustainable? 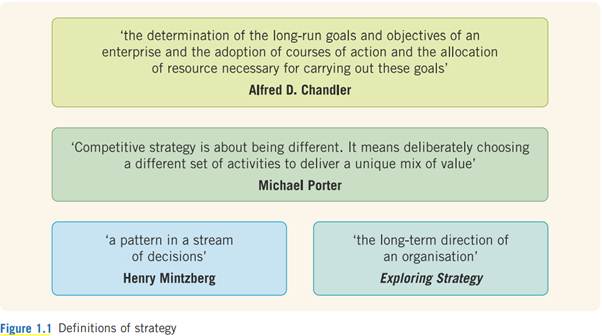