A graph very similar to the one given below appeared in the Atlanta JournalConstitution on January 28, 2003. The graph showed the number of applicants (the top line) and the number of applicants accepted (the bottom line) at a local university over a period of several years. The objective of the graph was to show that admission to the school is becoming more difficult over time. Does the increasing distance between the lines over time actually show this, however? Given the objective, would you have constructed the same type of graph differently, or would you have used a different type of graph? Explain. 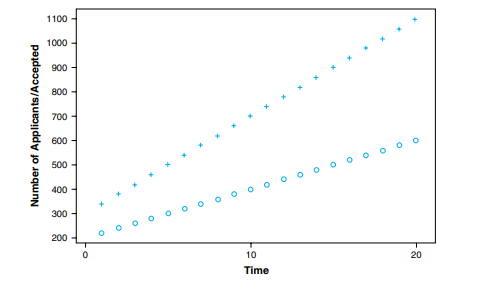